Elon Musk is a drama queen. He is also a billionaire with a lot of time on his hands and as much of a CEO for his failing companies as Donald Trump. Also like Trump, he was born with a silver spoon in his mouth. Unlike Trump, he hires people and pays them for their inventions, which he then takes credit for.

College Student, Jack Sweeney’s twitter, used to follow ELON MUSK’s JET under twitter handle @elonjet. Musk asked him to stop because it was a flight risk. Sweeney said no and then there was talk of money. Sweeney didn’t like Musk’s offer and so he followed Musk’s jet until Musk took over.

Then Musk said he would not suspend Sweeney’s twitter even though it’s a flight risk and a security worry because of his stance on FREE SPEECH.

CUT TO – JACK SWEENEY’S TWITTER HANDLE @ELONJET is suspended. Not ONCE but TWICE.

This is not the work of a real CEO – Musk is a child with a toy and is dictating people’s online lives with a flick of a button. LIKE or DISLIKE. IF you cross me I’ll screw up. That’s baby childish gibberish.

The kid is very industrious and is moving beyond Twitter as all of you should. It’s a big time waster as is blogging in some cases. I like to write about stories that interest me especially non political. Unfortunately Twitter has become a political juggernaut in terms of #fakenews, #totalbullshit and other terms not associated with #freespeech.

Twitter currently has #MUSKSPEECH. IF YOU AGREE WITH ELON MUSK HE WILL KEEP YOUR ACCOUNT ALIVE ON TWITTER’S PLATFORM. IF NOT – YOU WILL BE SUSPENDED.

THAT IS NOT A DEMOCRACY – IT IS AN AUTOCRACY RUN BY A BILLIONAIRE WITH CONSERVATIVE RIGHT WINGED NON-LOGICAL TOTALLY IRRATIONAL VIEW OF HIS WORLD now encased in an online platform.

How many people know that @JACK was JACK DORSEY who created and was the CEO of Twitter before His Royal Ahole Musk took over?

Some knew but he rarely poked his head into a twitter frenzy unless he had to answer to the US Government.

Musk should pay his taxes or go back to his home country. He really reminds me of Trump and I can’t stand him, his tactics or his ugly face.

If you say you are going to do something – then do it – do it for all or for no one. 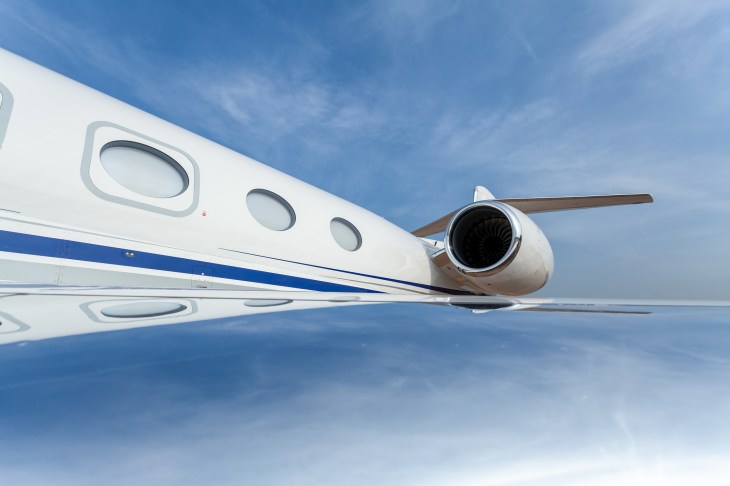 Update, 12/14/22, 5:50 PM ET: Twitter has now updated its private information and media policy to prohibit sharing live location information. When @ElonJet was banned, this policy was not yet public, and there was a multiple hour delay between the banning of @ElonJet and other flight tracker accounts.

“My commitment to free speech extends even to not banning the account following my plane, even though that is a direct personal safety risk,” Musk tweeted on November 6. Over the last month, it seems Musk changed his mind.

Jack Sweeney, the University of Central Florida student who created @ElonJet, also operated similar bots that track private jet activity of tech moguls like Mark Zuckerberg. Yet none of Sweeney’s other accounts have been affected, including an account that tracks the travel of Elon Musk’s brother, Kimbal Musk.

Update, 12/14/22, 2:30 PM ET: Jack Sweeney’s personal account has been banned from Twitter, along with the accounts of the other automated flight trackers that he operated.

The account has been a sore spot for Musk for a long time. In January, Musk DMed Sweeney on Twitter and offered the student $5,000 to delete @ElonJet, but he turned down the offer.

“Any chance to up that to $50k? It would be great support in college and would possibly allow me to get a car maybe even a Model 3,” Sweeney responded, according to DMs obtained by Protocol at the time.

According to Sweeney, @ElonJet has been under close watch at Twitter HQ. He posted on his personal account that an anonymous Twitter employee told him that his account was visibility limited on December 2. Sweeney also posted a screenshot, allegedly leaked from Twitter’s internal Slack, that appears to show Trust and Safety VP Ella Irwin asking that the team immediately apply high visibility filtering to @ElonJet. TechCrunch emailed Irwin for confirmation of the message’s legitimacy.

SO MUCH FOR #FREESPEECH HERE’S MUSK WITH BUDDY IVANA TRUMP’S HUBS – LITTLE HITLER – SCARED LOOK AT THE ENEMIES HE IS TRYING TO WIN OVER….TOTAL FAIL ON KUSNERS PART.

FIRST HE WELCOMED BACK JOURNALISTS/REPORTERS TO TWITTER & WITHOUT WARNING HE RECENTLY SUSPENDED THEM AGAIN?

Twitter, which has been roiled by controversy ever since Elon Musk took over and appears to be hemorrhaging users, just made an announcement that probably won’t help its popularity.

As legions of people continued to voice their frustration and anger over Musk’s actions and directed their followers to find them elsewhere, the company said on Sunday that it would start banning accounts that promote any of seven rival social media platforms: Facebook and Instagram; startups Mastodon and Post; and a few other alternative platforms including the right-wing site founded by Donald Trump.

Through its Twitter Support account, the company said it would remove accounts “created solely for the purpose of promoting other social platforms and content that contains links or usernames” for those platforms. Users who violate the policy once may be required to delete the offending tweets or have their account locked, and those who violate again will face permanent suspension, the company said.

The announcement quickly came under fire from other tech executives—including Jack Dorsey, Twitter’s co-founder and a former CEO. He recently helped fund Nostr, one of the seven rival social platforms targeted under the new rule. “Doesn’t make sense,” he tweeted of Musk’s decision.

Jack Dorsey created a monster and now a monster is running his old creature.

Banning promotions of other sites is just the latest attempt by Musk, a self-proclaimed champion of free speech, to stifle dissent on Twitter. Earlier this month he temporarily suspended the accounts of several high-profile journalists who reported on an account that tracked Musk’s private jet using publicly available data.

Under the new rule, Twitter users can still cross-post content from the rival platforms, as long as they’re not promoting their accounts on those sites. They can also promote their accounts on other social platforms that aren’t included in the ban, such as TikTok and WhatsApp.

Twitter calls him a genius but really all he’s got is a penis and 9 kids to show for that. I think he’s in competition with #NickCannon.

Elon Musk is known as a very hardworking and ambitious person. The companies he has built throughout his career are a testament to that hard work. But Elon Musk is now worried about how he can give his ambitions, tenacity, and work ethic to his five children. In a lot of interviews, Elon Musk has talked about things like the adversity he felt in his childhood and the hardships he had to overcome. He feels like if his children aren’t challenged enough, they won’t develop the necessary skills to strive in life as he did. This is why Elon Musk has his kids follow intense rules and routines, so they can follow in his footsteps. Children in the face of adversity The first thing that Elon thought was important for children’s education and their personal development was to face adversity. Elon, in multiple interviews, conveyed concerns that he felt like his children didn’t face the same kinds of adversities that he met when he was a kid. In his biography, Elon does talk about being bullied at school and facing other challenges. But he believes that all of these experiences made him a better person. And the greatest fear is that his children are sheltered from the realities of life. This may sound weird for a parent to say, but Elon Musk wants his children to through hardships and challenges. This is because Elon genuinely believes that through hardships, his children can become better versions of themselves and prepare for life. To that end, the first thing Elon Musk did was to take his children’s education into his own hands. Challenging his kids with Ad Astra School In 2014, Elon decided that his children weren’t getting a good education in the conventional school system, so he took matters into his own hands. His kids were enrolled in a private school in Los Angles, but Musk was not really satisfied with the education and the life lessons they were getting from this school. And Elon Musk was very vocal about this fact. Talking to a Chinese network, Elon said ‘Regular Schools weren’t doing the things that I thought should be done [1]. Musk was critical of the conventional education system. According to him, teachers were not doing a good job explaining to young kids why a particular subject was essential and what its applications were. In his words, ‘They are taught a mathematical formula without explaining why that formula is important. Elon believed that his children were not being challenged the right way. And to him, that was an essential part of education. To face challenges and come up with solutions. In typical Elon Musk fashion, as soon as he identified a problem, he made it upon himself to fix it and not wait for anyone else to do it. He hired Joshua Dahn, a teacher that was from the private school Elon Musk children were attending. And Joshua agreed with Elon’s new approach to learning. So, with a clear goal in mind, Elon started Ad Astra with Joshua in 2014. Ad Astra means ‘To the Stars’ in Latin. Initially, the classroom was just a conference room at SpaceX’s rocket factory in Hawthorne. Elon firmly believed that by surrounding his children with the world’s best minds and with an unconventional learning experience, he would be preparing the next generation of dreamers and achievers. When it all started, Ad Astra only had 8 total students. All the kids of Elon and some children of other SpaceX employees. It remained very exclusive, with 40 total students in 2018. So, what happens at Ad Astra The Curriculum at Ad Astra is unconventional, to say the least. The atmosphere of Ad Astra is described as closer to a venture capital incubator than a regular school. Astra students have to undertake challenging technical projects, trade using their own currency, and can opt-out of subjects they do not enjoy. If all of this sounds intense and fun, then you will love what is ahead. Children from 7 to 14 years old work together in teams, with few formal assessments and no grades handed out [2]. The learning experience at Ad Astra is heavily inspired by Elon Musk. The innovative curriculum has no language, music, or sports lessons, but students would work on complex projects, such as building battling robots, discussing nuclear politics, and planning how to defeat evil AIs. While some parents might disagree with this approach. Elon Musk himself is more of a science nerd himself and wants his children to develop similar interests. I guess every parent wants their children to have something in common with them.